« Wandering through an installation by Wela one imagines oneself in a Gogol novel, as the unreal becomes real! It is not some kind of technique made to fool us, but an ingenious artistic device. » 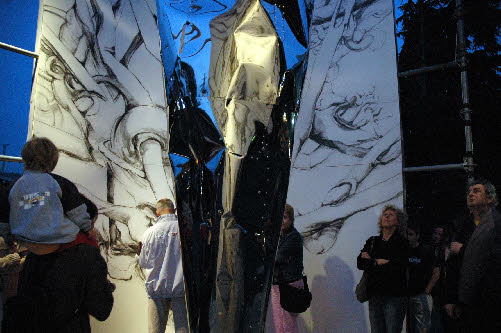 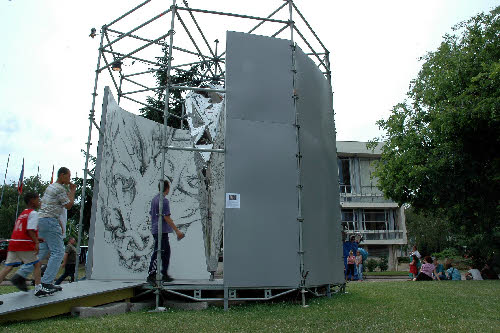 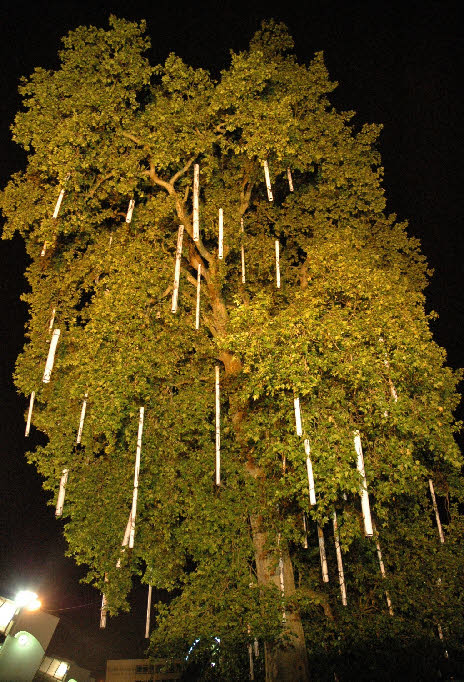 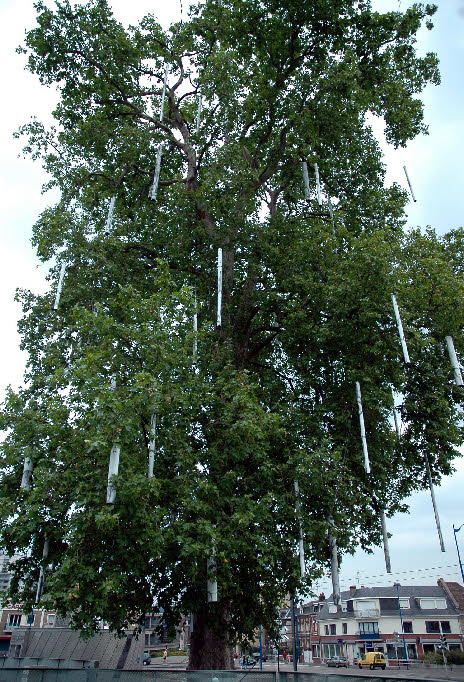 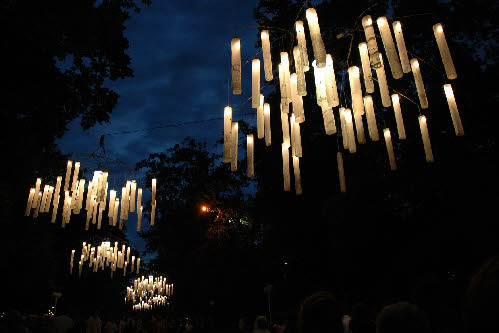 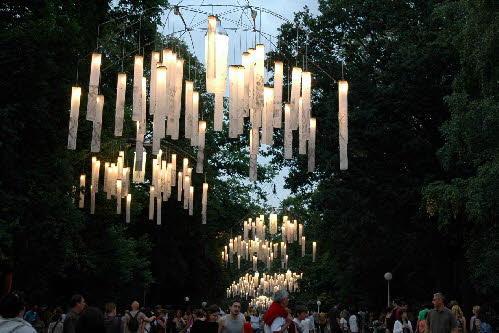 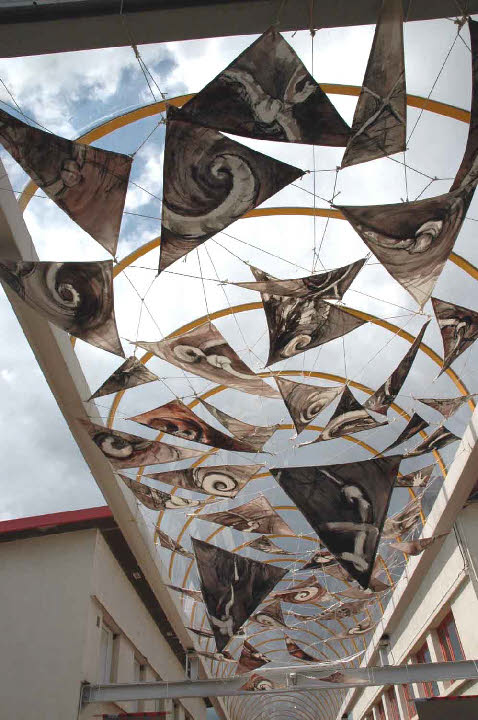 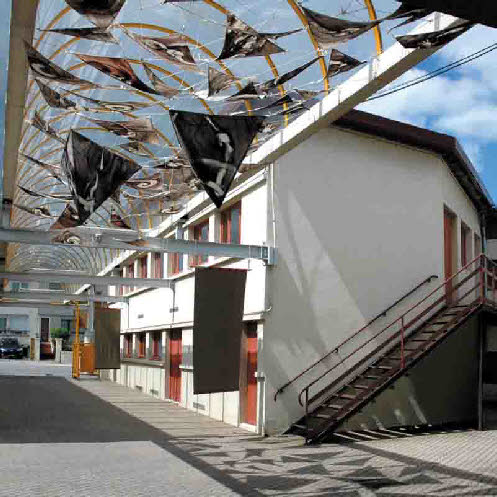 Installation "The Castle of carts for the Queen St. Clotilde"

Artsènat 2006, installation in the Gardens of Luxembourg, before Senat, Paris, 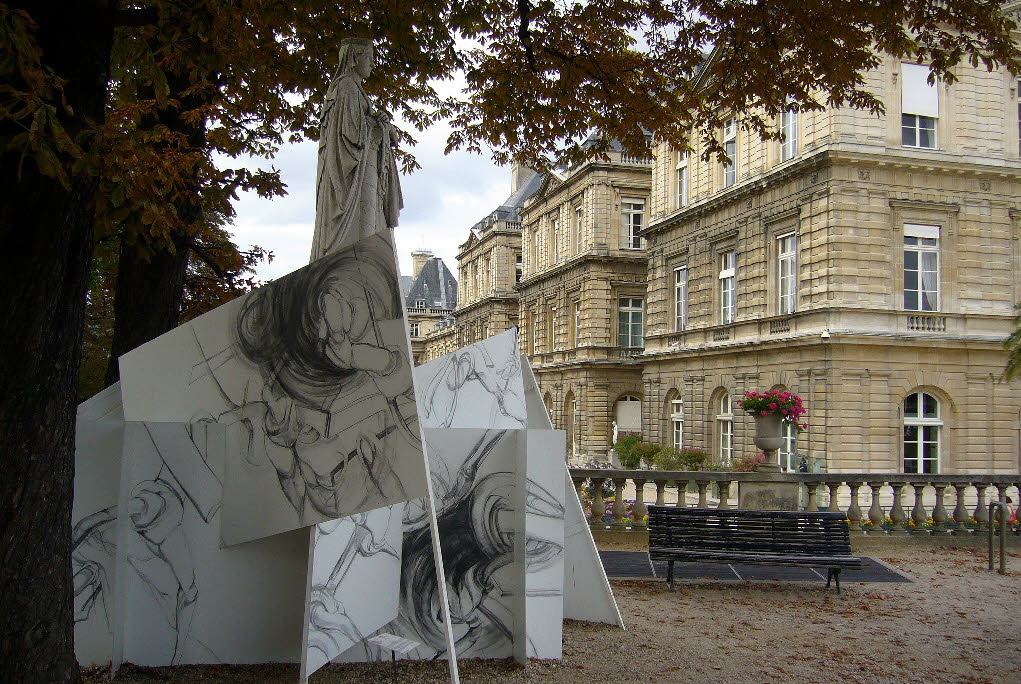 The monumental installations for the Festival of Theaters of the Street, "Viva Cite", Sotteville-lès-Rouen, 2006

“Suspended Passage ” continues Wela’s research on the “Unreal realities” The artist aim is to co-create with the spectator the totality of the virtual reality of drawing, time and space.
The work consist of an open space formed by two cylindrical forex walls, six metres high and four metres in diameter, inside which the artist has drawn in pencil. In the centre of the cylinder there is a rerolling column in highly polished stainless steel which reflects both the artist drawing and the external environment destabilised by the presence of the spectator.
The perpetual movement of a multitude of variations which depends on the position, the movement, and the time of observation.

The artist second monumental installation is found in the another part of the town. “Multiplication” comprises an ensemble of black and white drawings on tubular supports hanging from a plane tree.

An expanded version of the same idea has been adopted by the town council with the installation in a public garden of 500 decorated tubes and including integrated lighting.

50 drawing tubes including integrated lighting at the Parc of Futuroscope,